Sam Rocha will share recorded and live selections from his recently released new album, Anamnesis, and discuss its philosophical implications for education.

Sam Rocha’s discography mirrors his publication record but he tends to spend most of his academic time talking about the latter. In this talk, he will begin from the recent release of his 2019 concept album, Anamnesis, to discuss its composition and inspiration by playing a few tracks from the album. From this point, he will offer a few notes on the concept that the album takes up as its title: anamnesis, a Greek word and Platonic idea that shares a twofold tradition in the realm of Roman Catholic liturgical theology and the philosophical idea that all knowledge is innate. These senses of the word are shown in this album in ways that can be artistically signalled to the listener, but Rocha will argue further that these notions of anamnesis lead from art pointing towards a philosophical notion of the conscience that has key implications for a philosophical understanding of education. 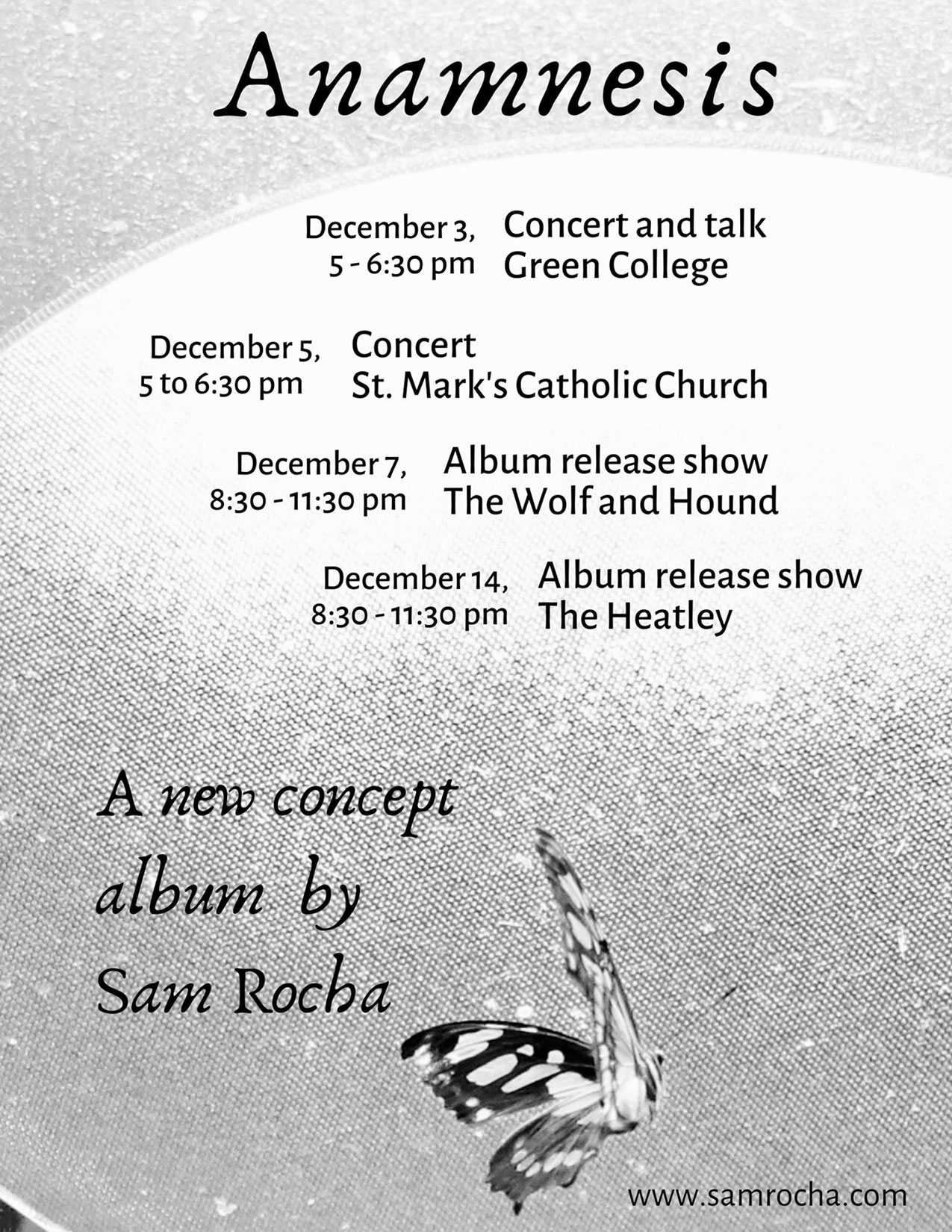