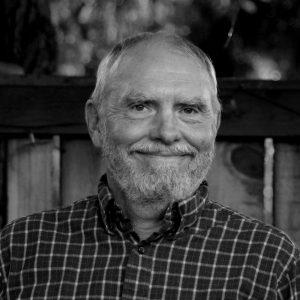 We are deeply saddened to announce the sudden passing of Indigenous scholar Dr. Michael Marker, Associate Professor in the Department of Educational Studies (EDST). Michael was a valued educator, leader, and colleague who will be deeply missed by all of us.

Before coming to UBC, Michael worked as a high school teacher for Quinault youth on the Olympic Peninsula, for Tlingit Haida youth in Juneau, Alaska, and was head teacher for the Lummi high school when it was first developed at Northwest Indian College in Washington State.

Michael was a member of the Lummi Nation, which includes Washington's northernmost coast and southern British Columbia. His writing and research made, and continues to make, major contributions to ethnohistorical perspectives on education for Indigenous people in Canada and the United States. His research linked place with Indigenous ways of knowing and reminded us often that “history” was not the past but the place. Amongst other themes, his work included histories of residential schooling across the Canada-US border for Coast Salish people, as well as the conditions of “culture clash” in higher education contexts. Michael drew on his own experience in tribal contexts, both personally and professionally, to inform his writing. Most recently, his writing was honoured with a nomination for a National Magazine Award for his article entitled, “Two Dads: A Father’s Day Story,” published in The Tyee in June of 2020.

From many years, Michael was the coordinator of the Ts”kel concentration in EDST, a pathway that enabled students to take core courses in Indigenous methodologies and epistemologies towards their MEd degree. He mentored a generation of Indigenous doctoral and magistral students, and faculty, along their varied academic pathways.

Michael worked tirelessly to improve educational conditions for Indigenous peoples. He was funny, kind, and generous with his time. He was a gifted story teller in the classroom and beyond, and a wonderfully accomplished musician who played guitar and banjo in folk festivals around the West Coast.  Michael often said, when he needed to be rejuvenated as an Indigenous person, that the was “heading back home to the rez.”

Michael died suddenly, of natural causes, while he was scootering along Crescent Beach, close to his home. Michael is survived by his partner, Cecilia Morales. We join with Cecilia and family members in grieving this devastating loss to our community.