COVID-19: Faculty of Education update may be found HERE. 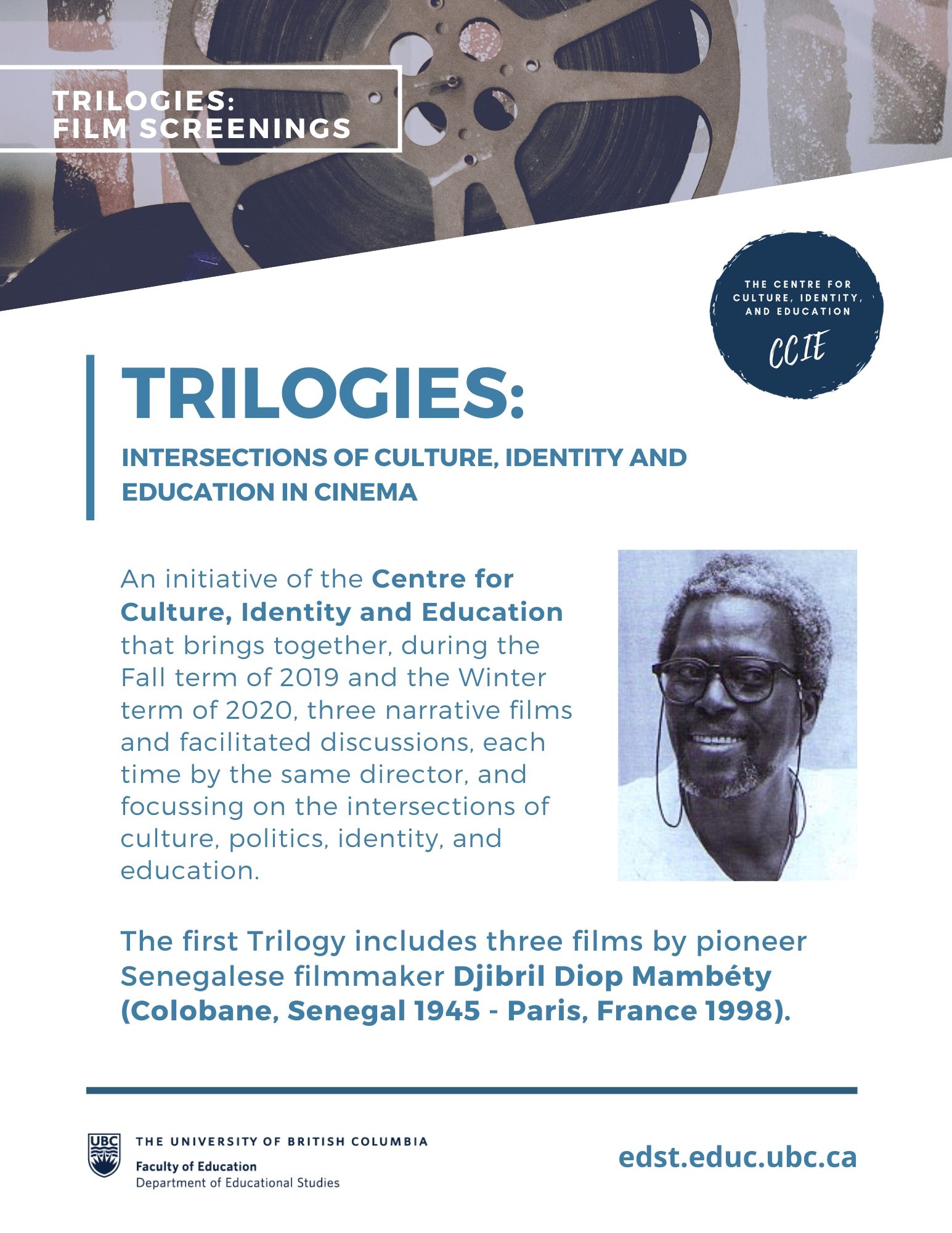 The Centre for Culture, Identity and Education — in collaboration with the EDST GAAs — are launching “Trilogies”. Trilogies is an initiative that brings together, three narrative films, each time by the same director, and focussing on the intersections of culture, politics, identity, and education. Each film stands complete and independent save in its relation to the general theme — i.e. culture, identity and education. Each screening is followed by a facilitated discussion which will examine intersections of culture, identity and education issues reflected in the screenings. The final screening, on Dec 6th, will allow us a reading across all three films.

Please RSVP for each of these events here.

“Mory, a cowherd, and Anta, a university student, try to make money in order to go to Paris and leave their boring past behind.”

“Dramaan is the most popular man in Colobane [Senegal], but when a woman from his past, now exorbitantly wealthy, returns to the town, things begin to change.”

“A girl sells copies of Soleil, the government paper.”

Please RSVP for each of these events here.

Light refreshments will be offered. Events are all open to all.

For further details on each screening and the series, please see the attached event posters and the description below.

The art of Senegalese director Djibril Diop (1945-1998) Mambety’s cinema lies in the tension created between the visual narrative and the aural narrative. His work has been considered hugely influential, and his films bridge Western practices of filmmaking and oral traditions from West Africa. Mambety’s film Touki Bouki is considered one of the foundational works of African cinema. Vlad Dima proposes a new reading of Mambety’s entire filmography from the perspective of sound. Following recent analytical patterns in film studies that challenge the primacy of the visual, Dima claims that Mambety uses voices, noise, and silence as narrative tools that generate their own stories and sonic spaces. By turning an ear to cinema, Dima pushes African aesthetics to the foreground of artistic creativity and focuses on the critical importance of sound in world cinema.

For a recommended reading in relation to Djibril Diop Mambéty’s work, please check the online title below.

Posters and access to trailers at the top. Feel free to disseminate