Planning international academic conferences has become very complicated in the midst of a global pandemic that has still not run its full course. AEGT2020, originally scheduled for early June of 2020 in Vancouver, was cancelled in mid-March out of concern for the health and safety of the hundreds of presenters, other attendees and support staff who were expected to participate.

The Canadian Association for the Study of Adult Education (CASAE) and the Adult Learning and Education group at UBC are committed to hosting a virtual version of the original conference design on June 3-6, 2021. All of the other seven partnering organizations in the 2020 conference will again be co-hosting the 2021 conference. Below are details that we hope will provide those who expected to present at AEGT2020—and others who may wish to participate in 2021—with answers to questions about what we are planning. 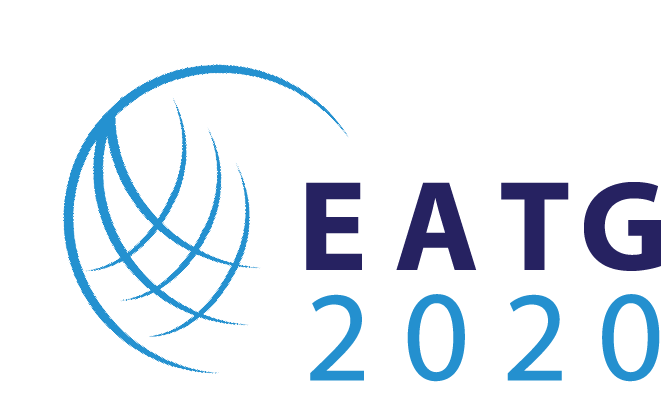 Originally scheduled for June, 2020 and postponed due to Covid-19, we have redesigned and rescheduled AEGT as a virtual event to be held June 3-6, 2021. All those whose proposals were accepted for AEGT2020 have the opportunity to present virtually during AEGT2021 but should confirm their interest in doing so by completing the webform under the “2020 Presenters” tab on the AEGT2021 website. The conference program will consist of presentations accepted for 2020 supplemented by “new” work submitted through this Call for Proposals. All new proposals will be adjudicated by a review panel consisting of members of the Canadian Association for the Study of Adult Education.

Canadian Association for the Study of Adult Education (CASAE/ACÉÉA)

For questions about the conference:

Instructions for Those Submitting Proposals (“Authors”)

You can return to your OCS account at any time to see the progress of your submission. The status will change from “Awaiting Assignment” to “Paper in Review.” You will be notified via a system email of the decision.

Your submission may be

Thank you for your interest in AEGT 2021!

Note that because AEGT2021 is a virtual conference, each pre-conference will also be virtual. Pre-conference organizers establish a schedule for each event based on what they believe will be most inclusive for presenters and participants. Most times listed are Pacific Daylight Time (PDT) which is UTC/GMT -7. As with other scheduled events during AEGT2021, participants and presenters are responsible for checking on the beginning and ending times of sessions in their own local time zone.

On behalf of the Asian Preconference committee (a preconference of AERC), we would like to take this opportunity to express our deepest condolence to the families of the eight people, including six women of Asian descent, who were murdered at three separate spas in Atlanta, Georgia on March 16, 2021. We mourn the loss of life and grieve with the families broken by this racist, misogynistic hate crime. We condemn the horrific acts of hate and violence targeting the Asian and Asian American and Pacific Islander (AAPI) community, culminating in the tragic mass shooting distributing shockwaves across the United States.

Anti-Asian racism is not an isolated incident, nor is it new; it has a long history, but the rise started at the beginning of COVID-19. We have witnessed great sadness and dismay a nationwide increase in the number of hate crimes committed against Asian Americans and Pacific Islanders (AAPI) because they are fueled by dangerous false rhetoric surrounding COVID-19. These incidents have incited, and they are rooted in a long history of racism and bias.

"Silence allows hatred to flourish; discussion and accountability weed it from the root." As adult educators, Asians, and Asian Americans, we want to challenge ourselves; we want to challenge our academic communities to recognize anti-Asian racism's painful history. We value you, our learning community colleagues, your support, and your help. Together let us learn to understand and prevent AAPI individuals from experiencing fear, anger, hurt, and frustration and provide possible service and support to help StopAsianHate. We encourage all of us to use the power and privilege we have to stand up against bigotry. We want to unite, not divide! We want to stand together with solidarity and compassion.

The academic years of 19-20 and 20-21 have given us a lot of things to take into account as adult educators and adult learners as all of us have been experiencing the global pandemic. We all have experienced disruptions to our normal ways of living and have had to figure out how to evolve them including how to maintain our physical and psychological health. Recent media has reported an increased number of the incidents of bullying, incivility, and violence in physical and cyber environments nationally, and internationally and globally. Such malicious behaviors negatively influence everyone involved physically and psychologically. Educational sectors such as adult, higher, continuing, and professional education have also internally experienced, witnessed, and dealt with violent actions and behaviors. These sectors often reflect the struggles of the communities they belong to and those of the society at large. Because one of the contemporary goals of adult education is to strive for social justice and equality for all, actively having critical dialogues about bullying, incivility, and violence becomes an important aspect of practice in the field. Therefore, the purpose of this pre-conference is to provide an opportunity for educators, practitioners, and researchers to have critical dialogues about empirical, theoretical, and practical issues of bullying, incivility, and violence in adult, higher, continuing, and professional education. This pre-conference specifically focuses on the following theme: Educational Equity and Academic Civility for All: A Global Dialogue.

For those who prefer paying by wire transfer:
Wire Transfer Instructions

For those who prefer paying by cheque or bank draft:
Cheque and Bank Draft Instructions 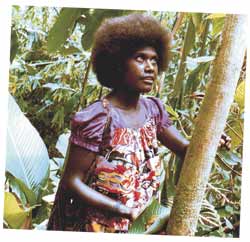 A. An Evergreen Island [Social transformation towards sustainability in Papua New Guinea]

An Evergreen Island depicts life on the Pacific island of Bougainville under a military blockade. Filmmakers Amanda King and Fabio Cavadini document the resilience of a people surviving for years with virtually no trade or contact with the outside world. They reinvent their own society in terms of health, education, and technology. 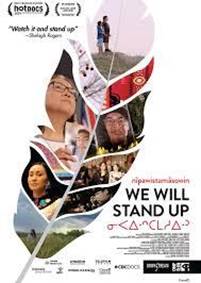 B. nîpawistamâsowin: We Will Stand Up [Canadian Indigenous Struggle on Judiciary Issues]

On August 9, 2016, a young Cree man named Colten Boushie died from a gunshot to the back of his head after entering Gerald Stanley’s rural property with his friends. The jury’s subsequent acquittal of Stanley captured international attention, raising questions about racism embedded within Canada’s legal system and propelling Colten’s family to national and international stages in their pursuit of justice. Sensitively directed by Tasha Hubbard, nîpawistamâsowin: We Will Stand Up weaves a profound narrative encompassing the filmmaker’s own adoption, the stark history of colonialism on the Prairies, and a transformative vision of a future where Indigenous children can live safely on their homelands. 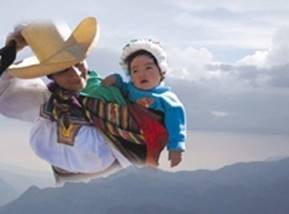 The Cafe Femenino project is changing long-established attitudes and weakening the grip of machismo in remote farming communities. In response, a cultural shift is taking place. There is more equality between women and men, abuse and violence towards women are decreasing, and the quality of life in these regions is improving. Meet some of the women farmers who grow this high quality, certified organic, fair trade coffee in Northern Peru as they travel to remote villages. Strong Coffee shows how Cafe Femenino helps women in a billion dollar coffee industry. 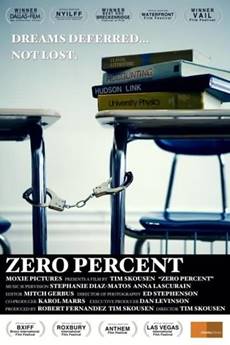 The Hudson Link for Higher Education in Prison is showcased inside Sing Sing Maximum Security Prison. The film’s title, Zero Percent, refers to the fact that not one of Hudson Link’s graduates has been re-incarcerated for a new crime once released even though the national recidivism rate is over 60%. The driving forces behind Hudson Link’s creation and success are the men who were once incarcerated themselves.

Watch films on your own time.

Join a daily discussion on these online films [using Zoom]. 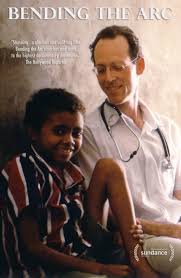 A. Bending the Arc [Community-based health in Haiti and other countries] (Brilliant film!)

Decades before they launched the first statewide contact-tracing program to fight COVID-19 in the United States, and long before they helped battle Ebola in West Africa, three young people barely out of their teens began a movement that would change global health forever. Bending the Arc tells their story. Not long ago, the public health establishment declared it was impossible to treat poor people suffering from certain deadly diseases. In the 1980s, a fledgling group of unstoppable health advocates set out to change that. Their revolutionary model of training community members as health workers and treating all people with world-class medicine has changed public health. Bending the Arc is the story of Harvard medical student Paul Farmer, idealistic physician Jim Yong Kim, activist Ophelia Dahl, and the international movement at the center of some of the world’s most pressing humanitarian crises. 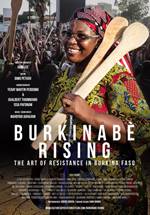 B. Burkinabe Rising: The Art of Resistance in Burkina Faso [Art & socio-political transformation]

Burkina Faso is home to a vibrant community of artists and engaged citizens who provide an example of the type of political change that can be achieved when people come together. Through music, film, ecology, visual art and architecture, the people featured in this film display a range of creative resistance in the pursuit of peace and justice that permeates every aspect of daily life. 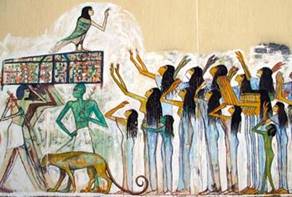 Street art has played a vital role throughout history during times of political transformation and social instability. Through the simple act of drawing on walls, artists communicate their society’s hopes, dreams and demands. Nefertiti’s Daughters focuses primarily on three women artists: Bahia Shehab, Mira Shihadeh, and Salma Samy, whose ages span three decades, and whose work illuminates their perspective of the world, giving us a window into how they see the struggles of their country and, often, their gender. 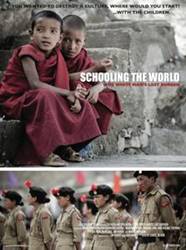 If you wanted to change an ancient culture in a generation, how would you do it? You would change the way it educates its children. The U.S. Government knew this in the 19th century when it forced Native American children into government boarding schools. Today, volunteers build schools in traditional societies around the world, convinced that school is the only way to a ‘better’ life for indigenous children. But is this true? What really happens when we replace a traditional culture’s way of learning and understanding the world with our own? Schooling the World takes a challenging, sometimes funny, ultimately deeply disturbing look at the effects of modern education on the world’s last sustainable indigenous cultures. 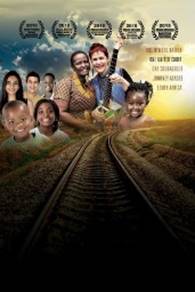 E. When Voices Meet: The Story of the Peace Train [Music in anti-apartheid South Africa]

When Nelson Mandela was finally released from prison, courageous South African musicians broke through apartheid’s barriers to form a 500-voice, multiracial children’s choir. Threatened with bombs and thwarted at every turn, they prevailed and took the railroad across the country aboard The Peace Train. Singing their way into the hearts, minds and souls of a divided nation amidst a civil war, they promoted a peaceful transition to democracy and went on to become Mandela’s face of the new rainbow nation.