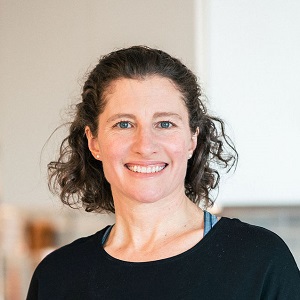 Brigitte was always fascinated with science and technology but unwilling to commit to a single discipline. Instead, she trained as a sociologist of science to sneak into the classrooms and research environments of computer scientists, foresters, and others. For 20 years, she worked at the intersection of research and policymaking, first as a student activist then alternating between research and administrative positions at institutions including Université du Québec à Montréal, the National Research Council, and the University of British Columbia. Along the way, she completed a B.A. in Science, Technology, & Society, an M.A. in Sociology, and a Ph.D. in Educational Studies. Curious about the factors that influence the training and careers of scientists and technicians, she spoke with hundreds of students and knowledge workers to understand how they made important decisions such as what field to study and which organization to work in. In 2015, preoccupied with the triple burden of climate change, environmental degradation, and chronic disease, she decided to make big changes to her own career. She founded an online business called Vegan Family Kitchen and now applies what she learned about individual and social change to support people wishing to adopt more planet-friendly and health-promoting cooking habits. She recently completed a certificate in Plant-based Nutrition from the University of Winchester. Over the years, Brigitte remained involved as a media commentator on science, technology, sustainability, and food topics. She especially loves to share what she learns on the air of public radio and podcasts. She lives in Vancouver with her husband and two children.